It's all about the food

I think of myself as a bit of a foodie. 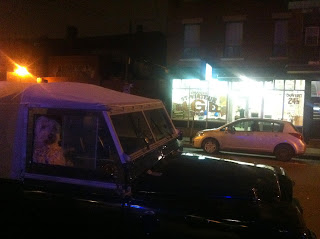 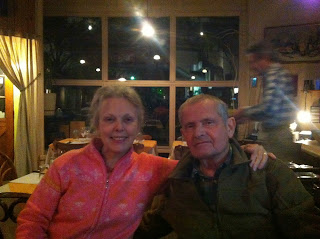 I know, I know, it's so bloody trendy to be a foodie these days, but in the last decade, I've really began to enjoy all aspects of food. And
when I'm in Montreal I have so many favorite places.
The best bagels in the country at St. Viaterur Bagel. I only go late at night and get a dozen white seed (sesame seed) with a tub each of cream chese and lox (smoked salmon).
They'll be hot from the wood fired oven and in my opinion, must be eaten within the hour.
That seems extreme to many who would argue that they're perfectly acceptable as long as they're toasted for breakfast the following morning. I've never had any left by morning,...
There are those who would argue that another, nearby bagel shop is superior, bah! No bagel shops that offer raisin bagels on my list thank you,...

I'm staying with my Dad and his wife and there is a lovely little spot just at the corner.
Toucheh, Italian with a hint of Persian.
We enjoyed a lovely meal there the other night and I was so moved by the community felling.
We were treated with a warmth I've rarely experienced. 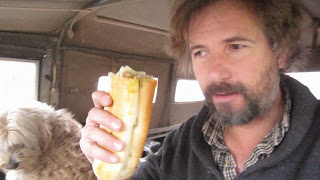 Although Montreal is a city with thousands of restaurants, many of which are quite illustrious, many of the spots I love are the little, out of the way gems that I only know from having grown up here. And now you know!

A wonderful example of that is Momesso's.
A little hole in the wall with the most wonderful spicy Italian sausage subs, on great, crusty bread.
Oh man it's good! Plus it's one of the only places I know of where you can still get Brio. I don't drink pop but as a kid, Brio was a staple with pizza. As a kid I was crazy about the real, family run pizzerias in Montreal. the big chains don't stand a chance here. Most of the old family pizzerias are gone now, mine was burned down by,..... 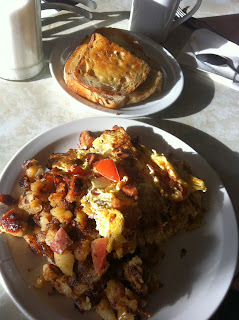 Smoked meat, now we're at the heart of the Montreal food scene. absolutely every Montrealer has their favorite spot, and each has powerful arguments for their loyalty. For me there are two types of smoked meat joints. The big old delis, like Dunn's, Snowden deli and Ben's, the latter being my favorite, now long since demolished. And the little joints Schwartz's, Lester's and The Main Deli, my smoked meat of choice.

The last spot I'll tell you about is a true, classic greasy spoon! A simply marvelous experience you mustn't miss, if your doctor will allow you! Cosmo's This is the ultimate breakfast. In summer, enjoy sitting on the sidewalk with everyone who knows, and in winter share the tiny 8 person counter with the real die hards. Be prepared to chat with both the staff and the patrons. You may be the only person not known by name, but not the next time.
There's even a documentary about the place and Tony the patriarch, who sadly passed away in the summer of 2013.