This business of being denied access to the US, and it's sunny southern climate is perplexing.
When I have no need to be anywhere in particular for six months there is little appeal in returning north to snow and sleet.
So it's decided, Pup and I are off to England!
Well you might say it's still not exactly balmy there either, it's certainly beats Eastern Canada.
I'm a British citizen as I was born in London and currently one way flights are absurdly cheap, significantly less than half a return fare. The trick is Geordie.
The UK has a particularly stringent policy regarding importing dogs. After much research and many conversations with veterinarians experienced in the complex process of tests, vaccinations and chip implantation, I was all set. Pup just had to lose a few pounds to qualify for baggage compartment travel.
As I was booking our flight the attendant informed me that to qualify for the UK import scheme, pup must fly as livestock cargo independently of my ticket. OK I said, until I got the quote.
$4,800!! Not including the special livestock handling fees at Heathrow.
That's it for that plan.
Devastated. I was on the verge of making an offer on a River cruiser we would have lived on on the Thames.
I spent days looking at alternatives. And then it presented itself!
The Queen Mary II!!!
A little Googling and I discovered that pets are welcome, there is a lovely kennel and a reasonable fare of $750 that qualifies for the pet import scheme.
True my fare would be almost $2000, but the combined cost is still less than half of flying.
And it's a double stateroom, I could have a companion accompany for free.
Of course there's meals and such on board, but for the experience I'd gladly accommodate.
And the QMII is berthed 10 blocks from where I am in Brooklyn due to sail in 14 days!!!
Then the downside,...kennels are booked 12 to 18 months in advance.
Aghhhhh,.... 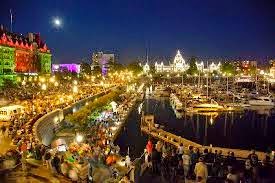 Our only reasonably warm winter option,...Victoria British Columbia.
Lovely city, fantastic climate that rarely freezes all winter. And a very marime culture.
Liveaboards and houseboats. It's perfect, except it on the opposite coast of a rather large continent, with a substantial mountain range in between.

So I decided to return to Nova Scotia and leave the coach in the East and install one of my full length hardtops on the Rover and build a micro camper to head west.
After a few days of designing and costing I realized the time and expense was beyond my means.
It was getting cold, if I was going to get across the prairies before winter set in I had to get moving.
So we did,..