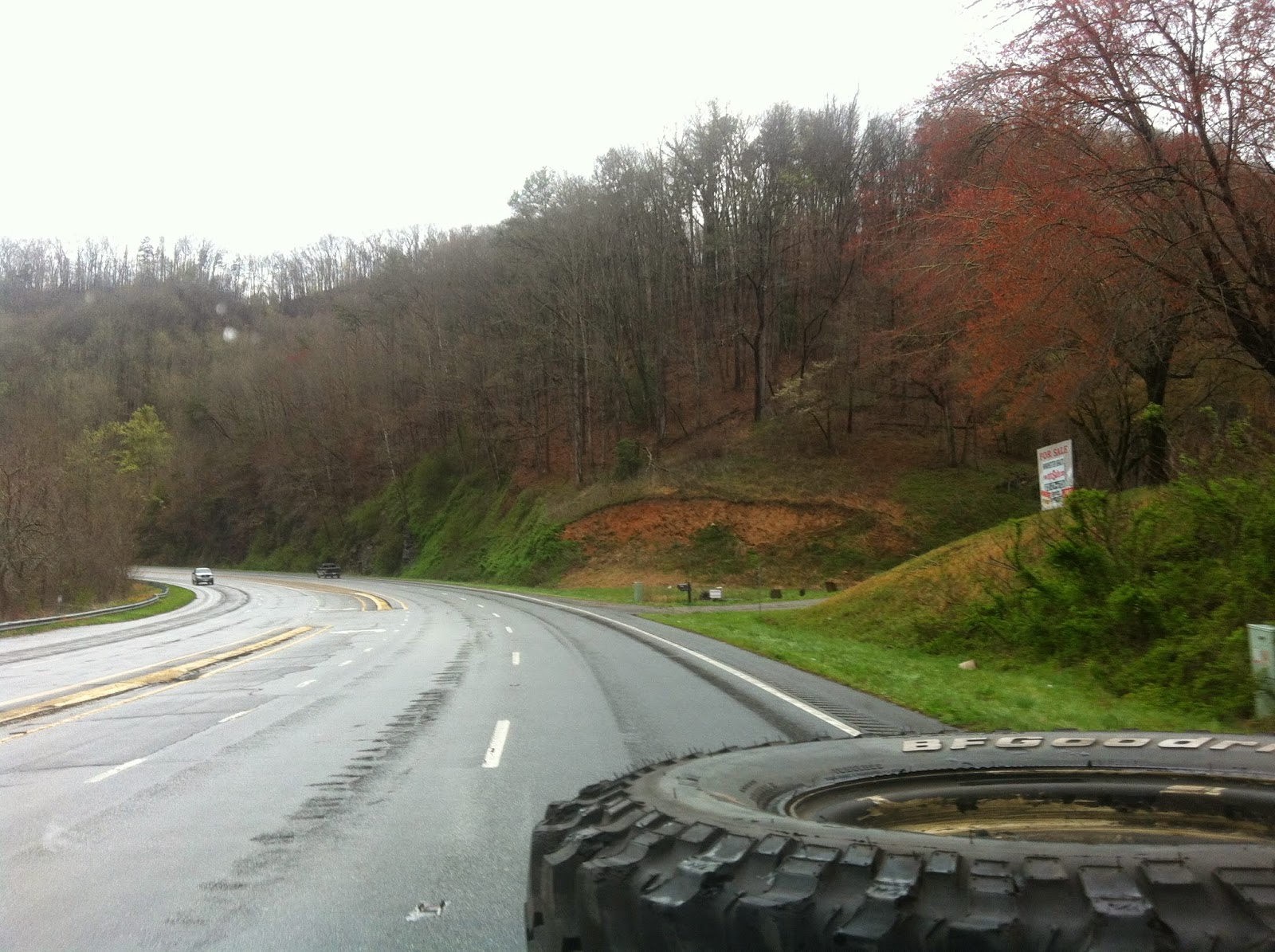 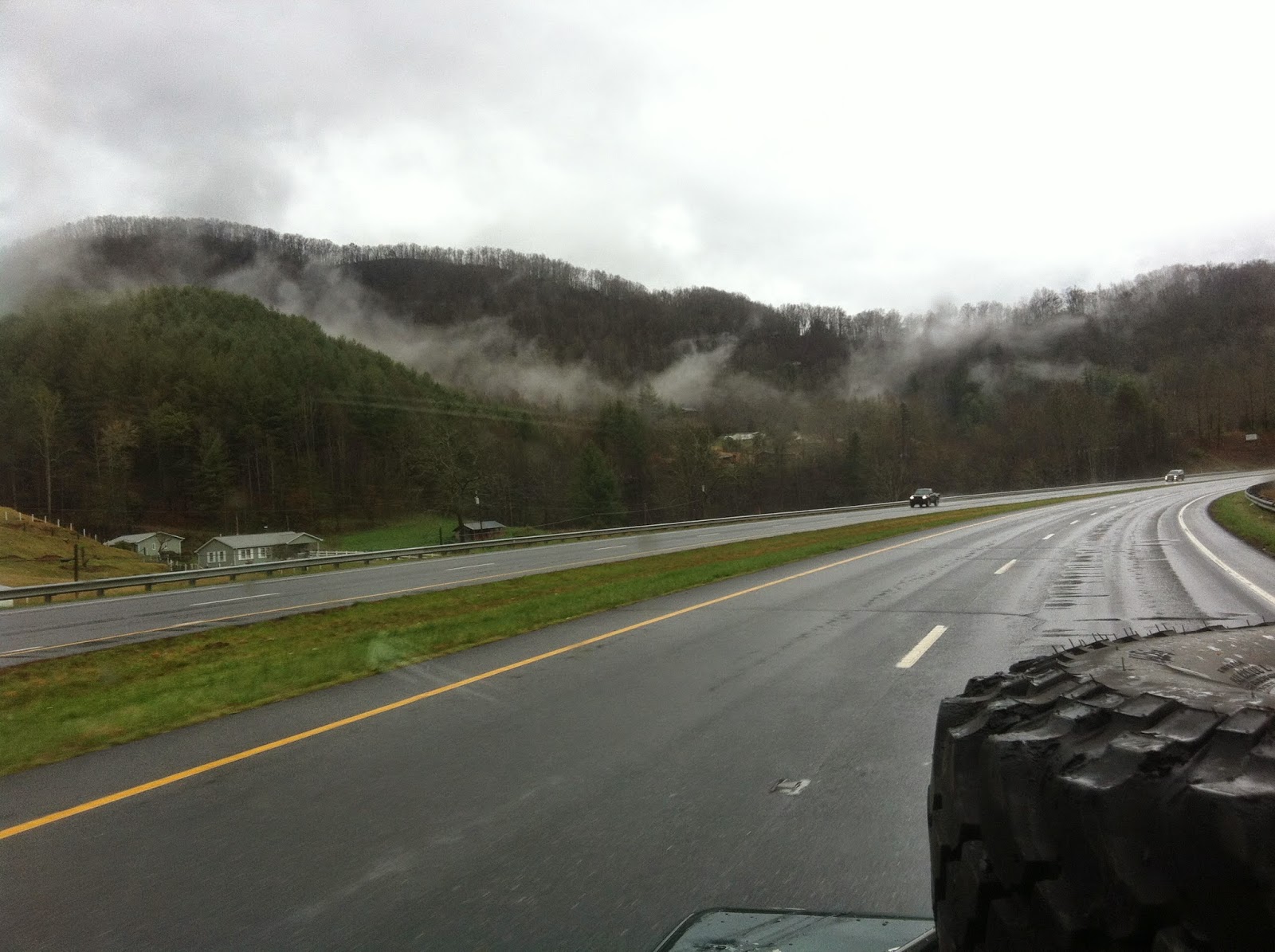 I love the ocean, but I'm yearning for some hills and valleys. The sea coast, at least in the southern US means dead flat terrain, I haven't stood more than 10 feet above sea level for months. In fact I've been  5 feet below sea level for the last month! So I'm heading inland for the route back north. As a Canadian, I can only be in the US for 6 months in any calendar year so if I want to save two months for this November and December I need to be out of the country before May 10th. So I'll meander north up the Appellation trail. A continuous two lane route over the backbone of the eastern mountains. The trail is documented several places but I'm following a route recorded by Jamie Jensen in his books and website.


This road route follows very closely the actual Appellation hiking trail. The southern terminus in Atlanta Georgia, so I'm off!


It took me two days to drive the short run up to Atlanta, it simply poured rain at such a rate driving was impossible, I spent lots of time doing office work. 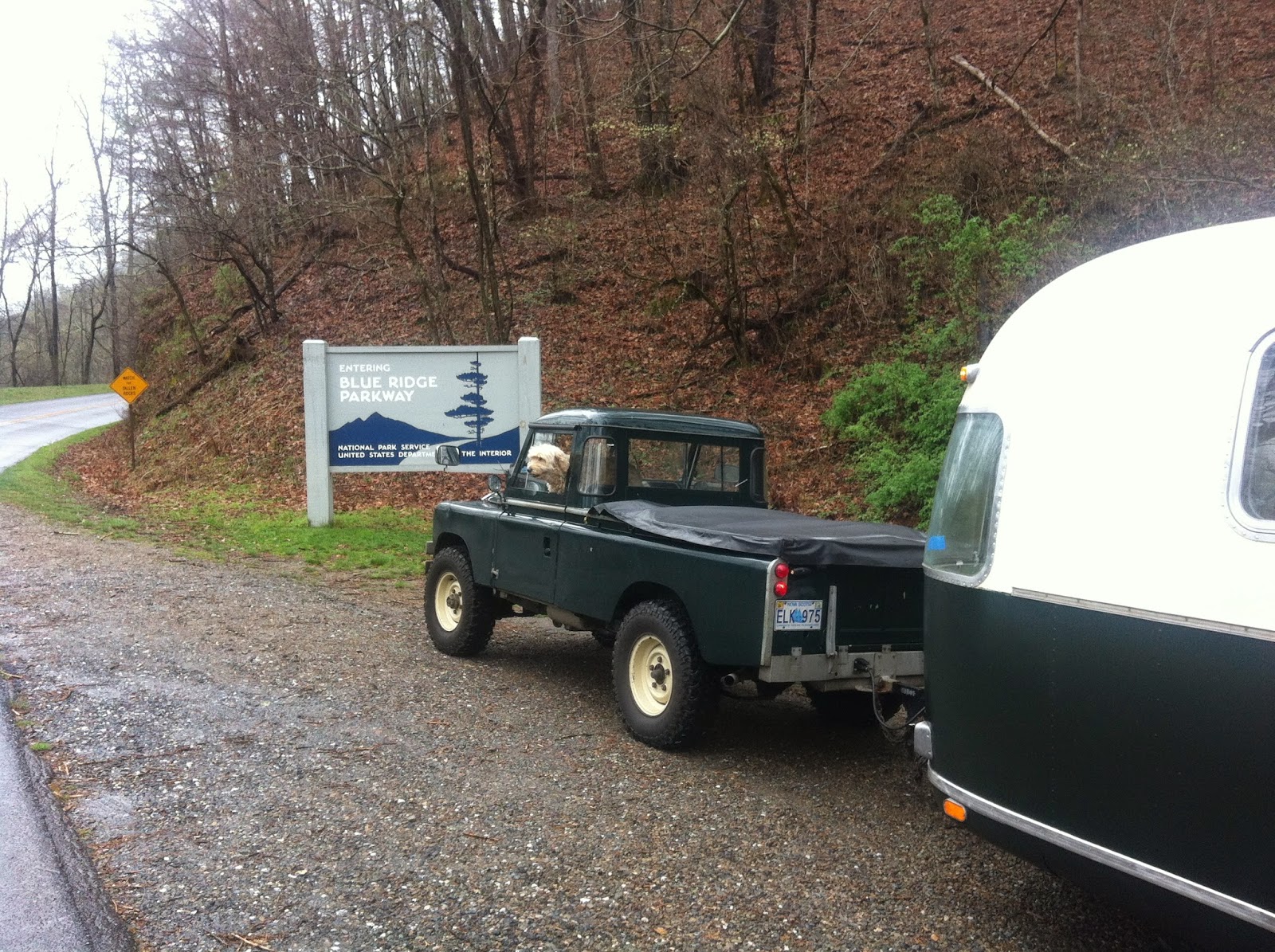 On the morning of the third day I woke in Athens Georgia and was finally on the trail. Truthfully, this lower section is mostly highway working up to the foothills on the Great Smokey Mountains. But the drive was wonderful none the less. The terrain became undulated with green hills and deep valleys, white horse fences and endless huge rhododendrons in bloom perfume the entire countryside. 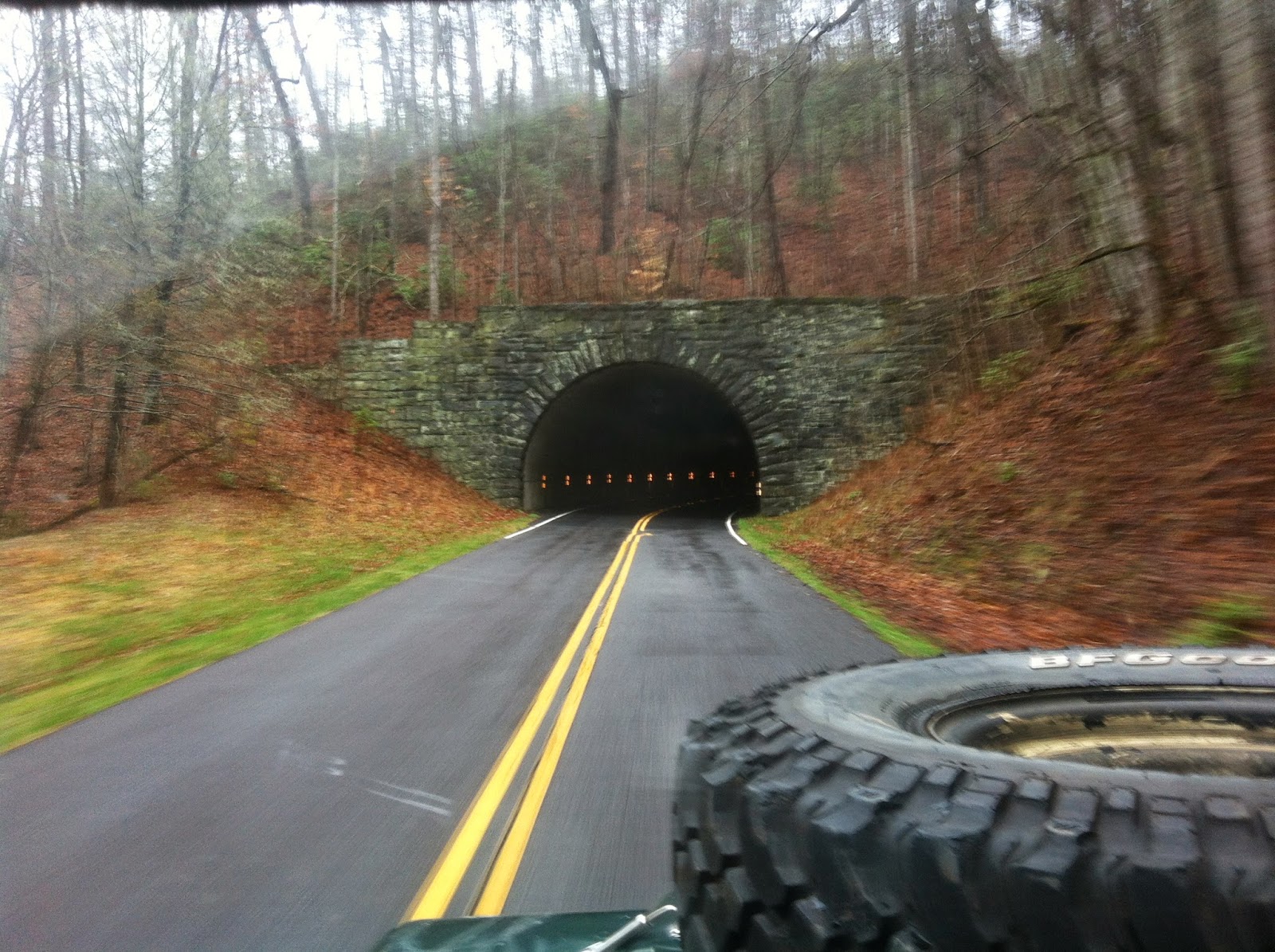 As I crossed into North Carolina I began to get a taste of what mountain driving was going to be like with this rig. The V6 in the Rover is stout but steep grades and a heavy coach will really slow me down.


Climbing out of Franklin North Carolina I powered uphill in second gear at 20 MPH for 45 minutes! I could have gone quite a bit faster but I'm not going to remember this trip as the death of the Rover. In the lower gears the torque at the transfer case, driveshaft and axle is immense. So I'm only using about 1/4 throttle. I'm in no hurry and there's a passing lane. 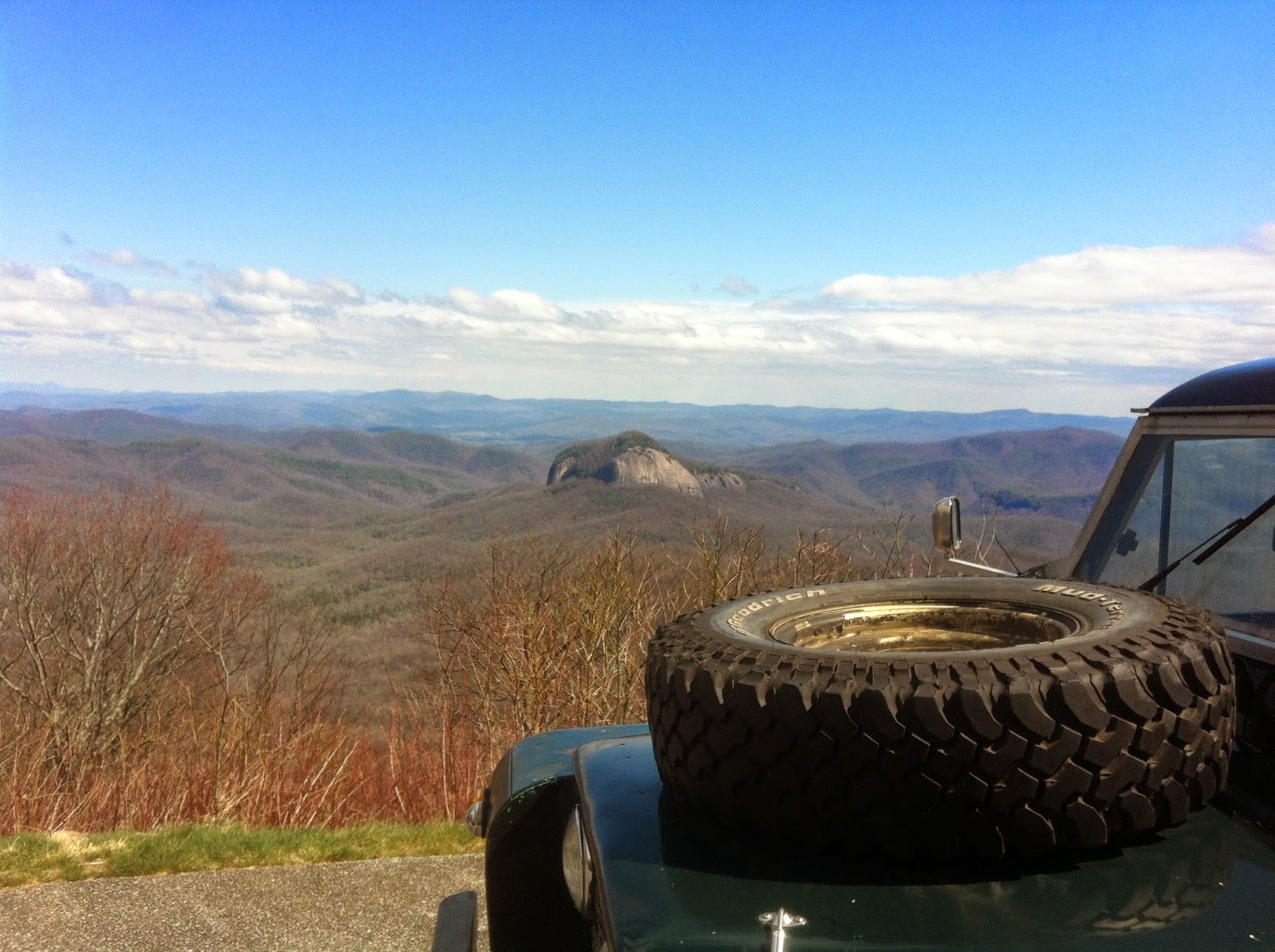 As I move into the foothills on the Smokies I can see why they're named so, it's as if there are hundreds of forest fires all over the hills, it's completely amazing!