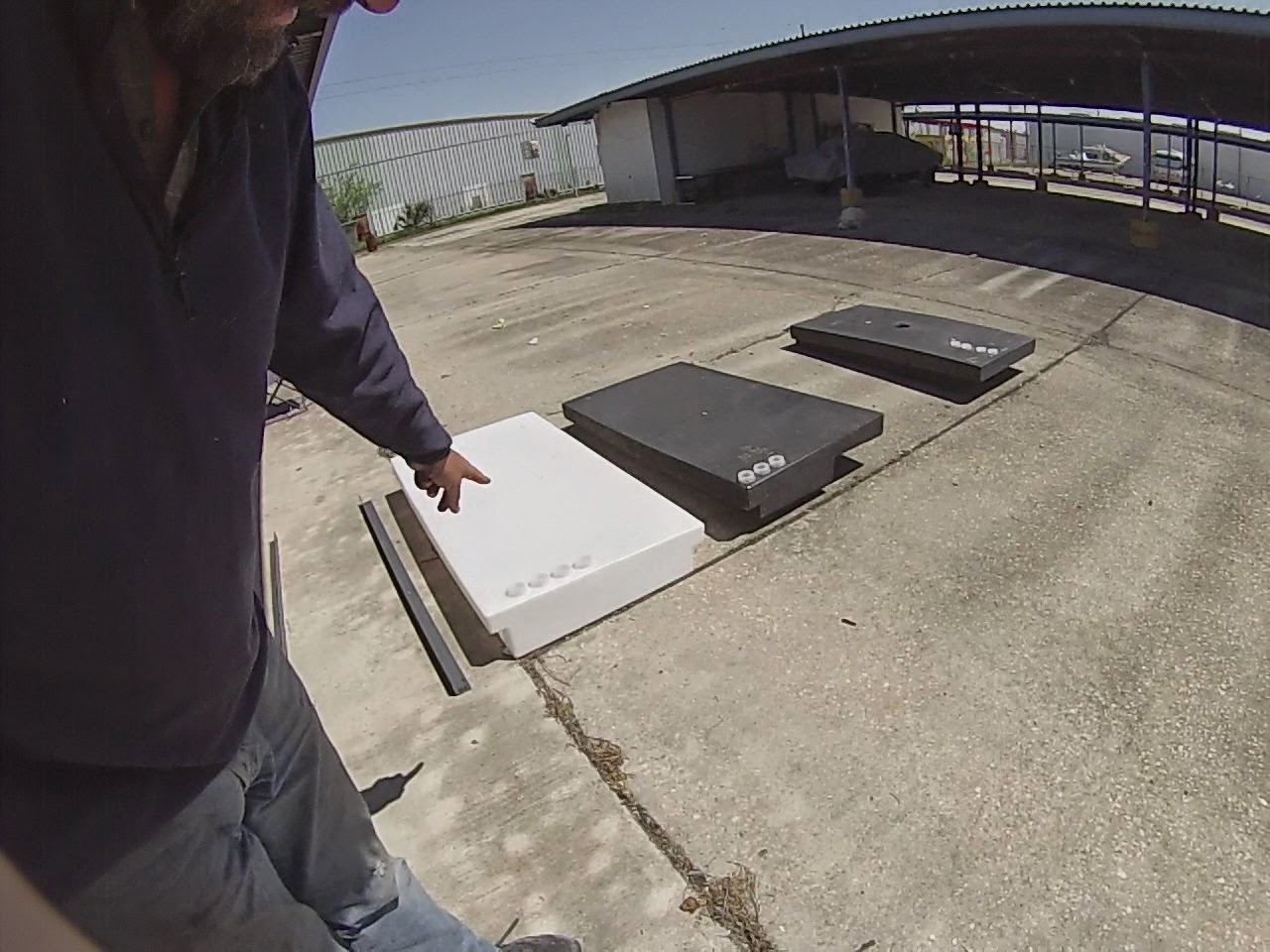 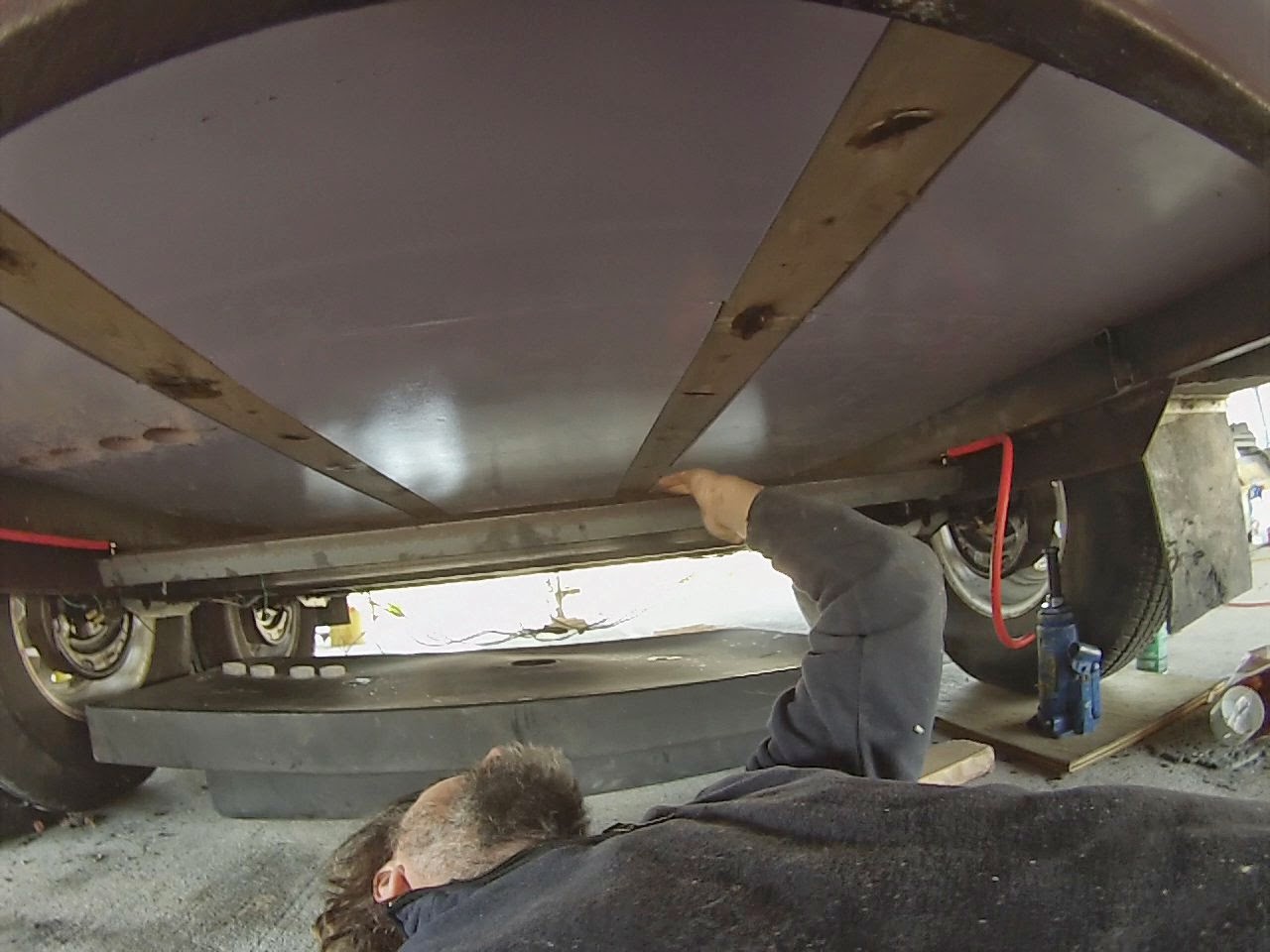 Travel trailers have three types of water tanks. Fresh water tanks, grey water tanks, and black water tanks. The former holds well, fresh water, the latter only sewage from the toilet and the grey tank takes waste water from the sinks and shower. When this trailer was made in 1973 it had a 30 gallon fresh tank, a 15 gallon black tank and no grey tank at all. In the 70's is was generally acceptable to dump dishwater on the ground. Well the 30 gallon fresh water tank is still in great shape and it's right at the front of the coach under the big panorama windows.. The black tank was in a platform under the toilet an has long since failed and been disposed of. So many months back I looked through hundreds of available RV tanks and eventually settled on 3 large tanks that all fit within the frame rails. each tank is about 50 gallons, and with the existing 30 gallon fresh tank I'll be carrying 80 gallons of fresh water. These tanks are several times larger that those supplied with new Airstreams. 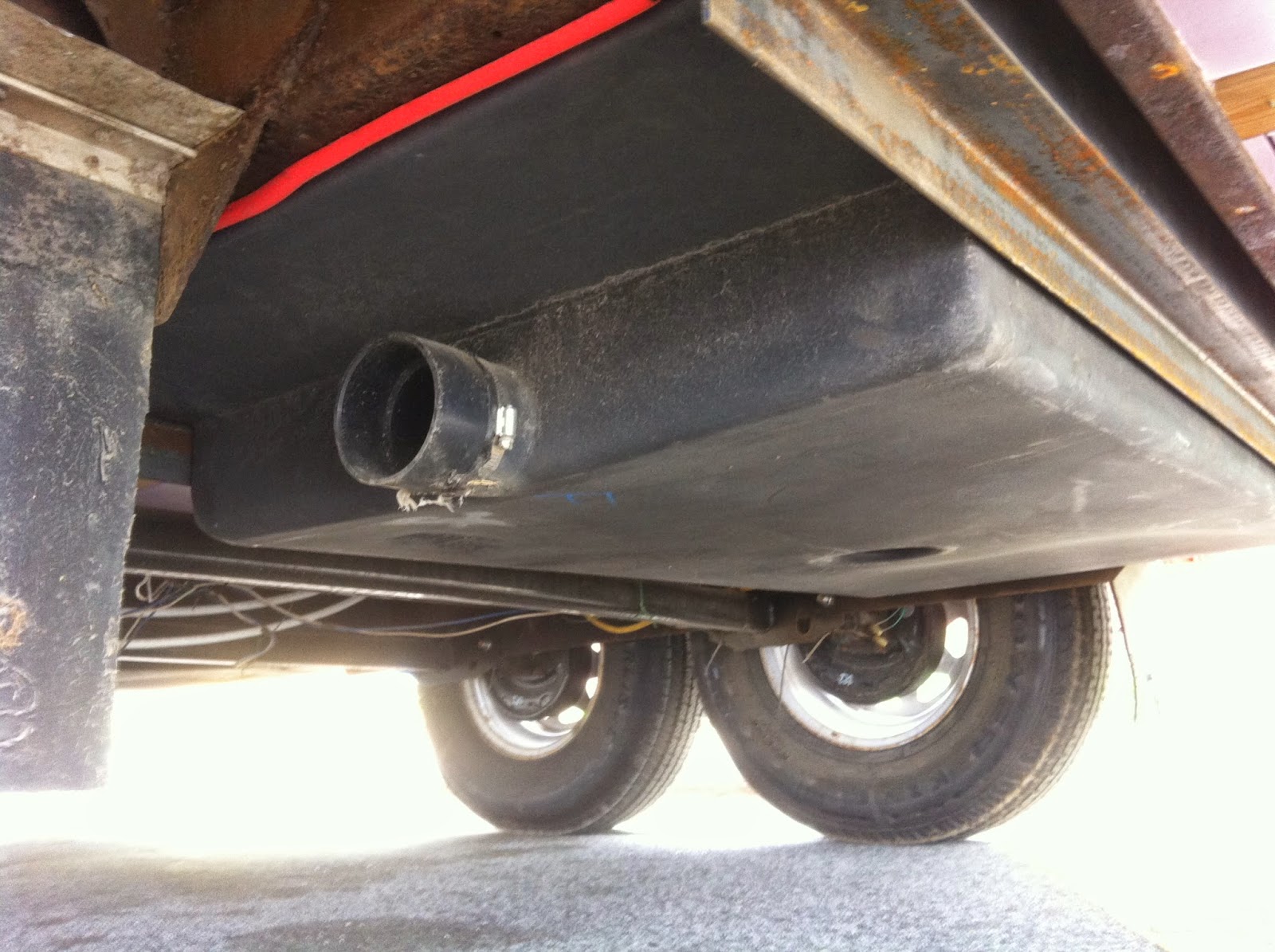 Now there's a reason Airstream doesn't put huge tanks in, they have a belly pan which I've had to largely abandon as my tanks hang below the belly pan, and weight. Iff all these tanks were full it would add about 1500 pounds to the coach. Not ideal. But you would never have all the tanks full, water tends to move from one tank to the others. I won't always use them to capacity, but in cases of prolonged boondocking I like having lots of reserve.

The tanks all have 2" wide shoulders on the edges, this makes it very easy to mount them between the frame rails using 2" steel angle.


The install went very well with the exception of the manufacturer putting the vent, sensor and washdown fittings on the black tank in the wrong place so instead of coming up in the generator locker they come up under the toilet. No problem I'll just get a low toilet and build a plinth to house the plumbing.