I pulled into the group campground and was instantly welcomed by the event organizers.
A wonderful group of Rover enthusiasts and Rover event enthusiasts!
Within hours we were on the trails.
The park has designated off road trails that are well managed and maintained partly by the Carolina Rover Owners Club, the hosts of the Safari. 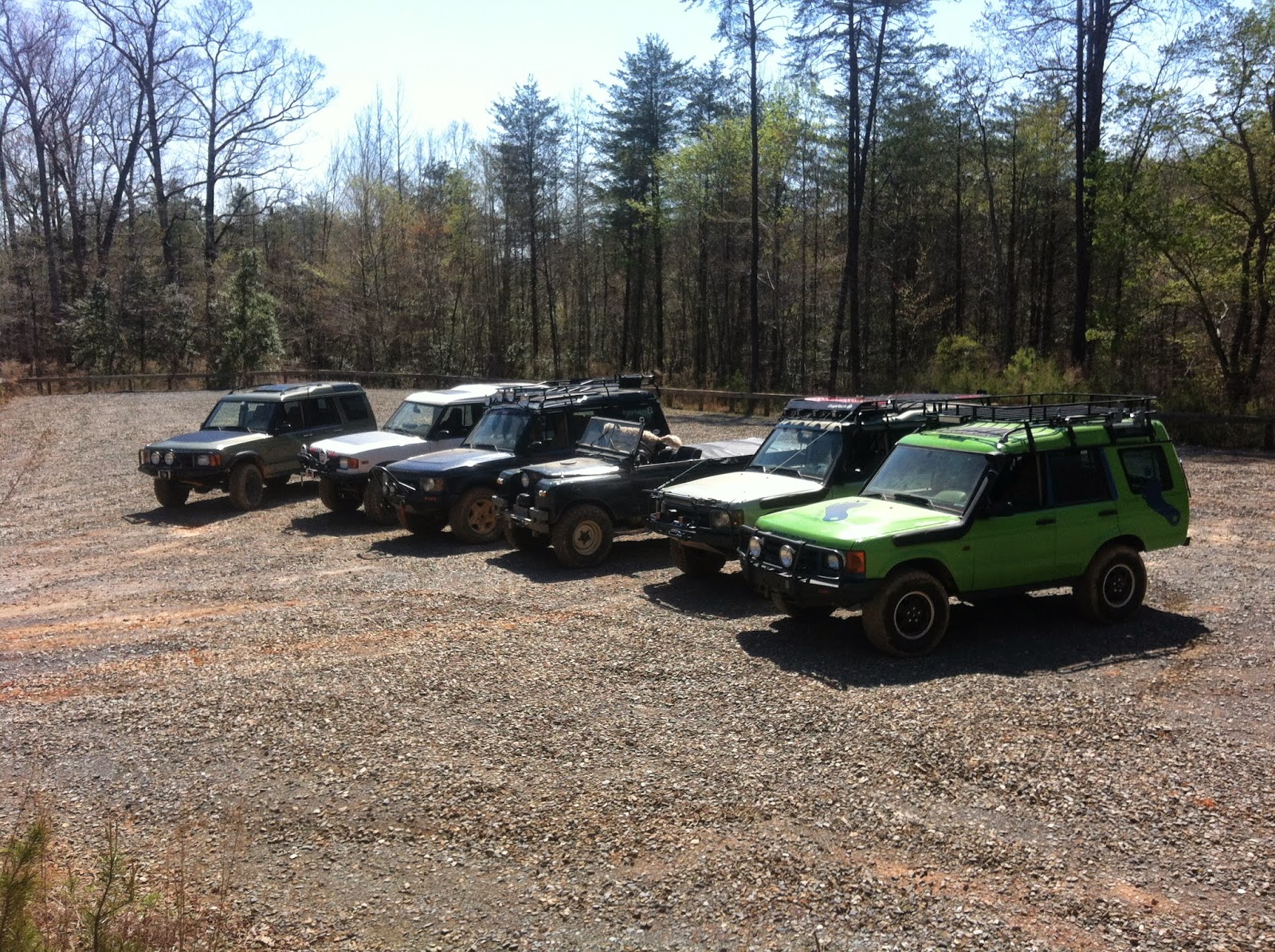 I'm normally quite hesitant to take the truck off road as I've had years of experience busting my trucks and this truck must be preserved. However the organizers described the trails and without deep mud and close trees I was confident to hit the trails.
The trails were great and the weather perfect.
Back at the camp we spent the evening around the campfire making new friends. 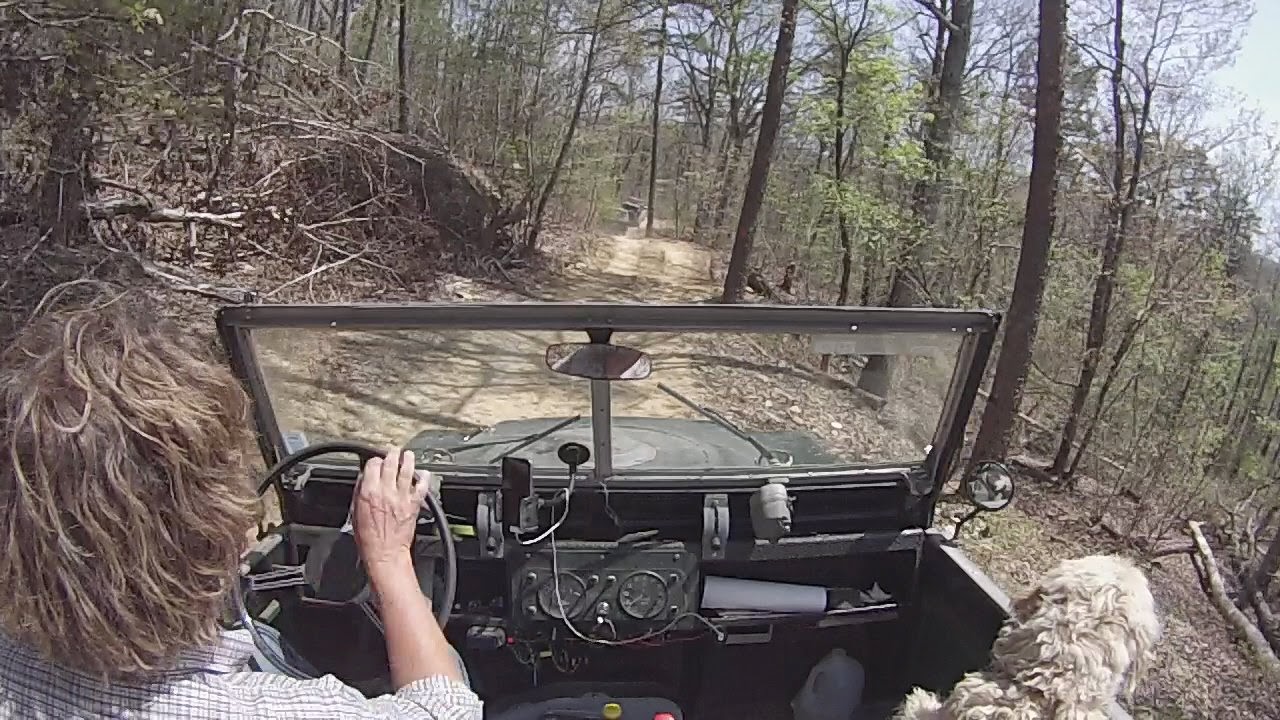 I was treated to a ride in the "Buggy" a rock crawling, hydraulic steered, crazy articulation machine. I had the pleasure earlier of driving it off the trailer. Now we're deep into the extreme trail and powering along. Quite a ride. 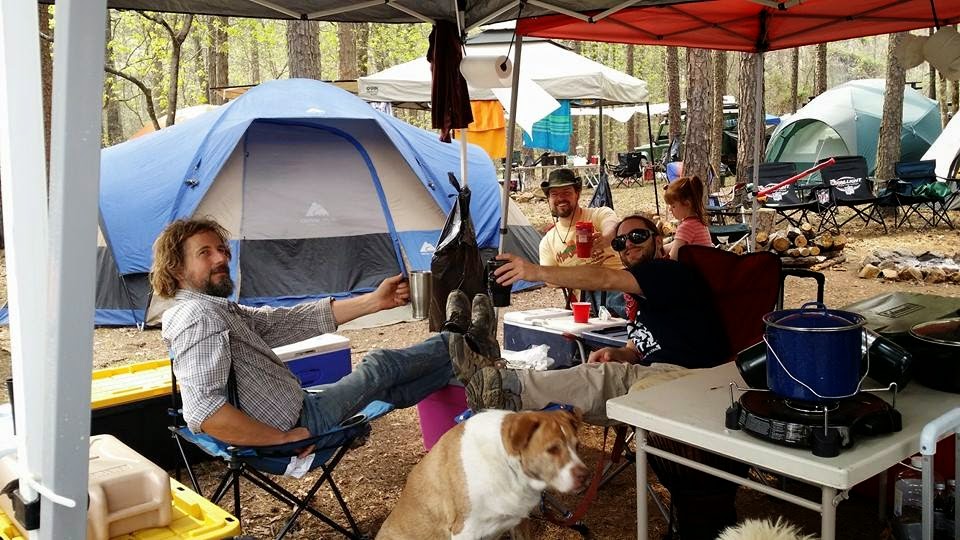 Friday morning started with a massive community breakfast amongst the event hosts and their families. The demon chef and his cohorts offered up such delicacies as "Egg Mountain"

Then back on the trails. There is vast network of interconnected trails so even as the groups get larger there is lots of opportunity to split up and keep moving.

By evening I can say confidently that I have met, here in North Carolina, some of the finest people in the Land Rover community. Their kindness and genuine hospitality was overwhelming. 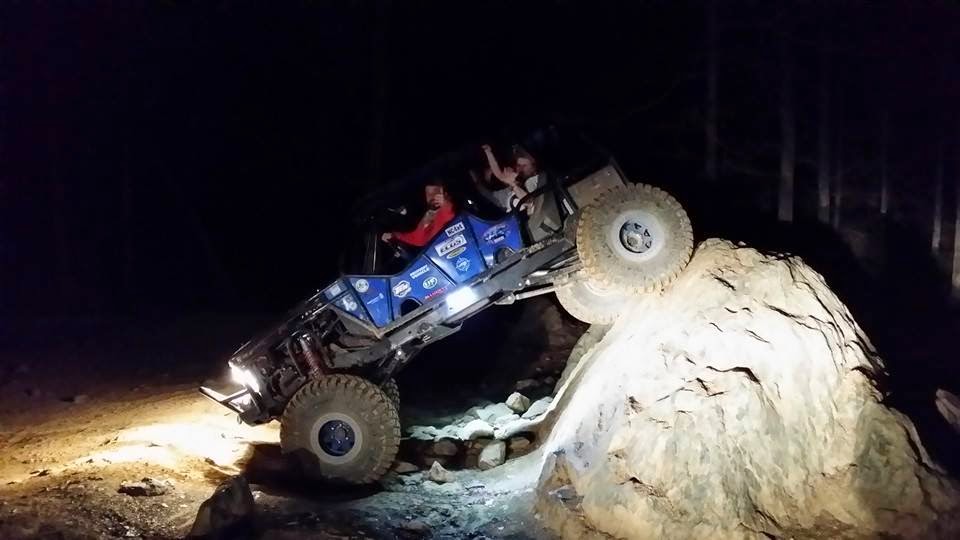 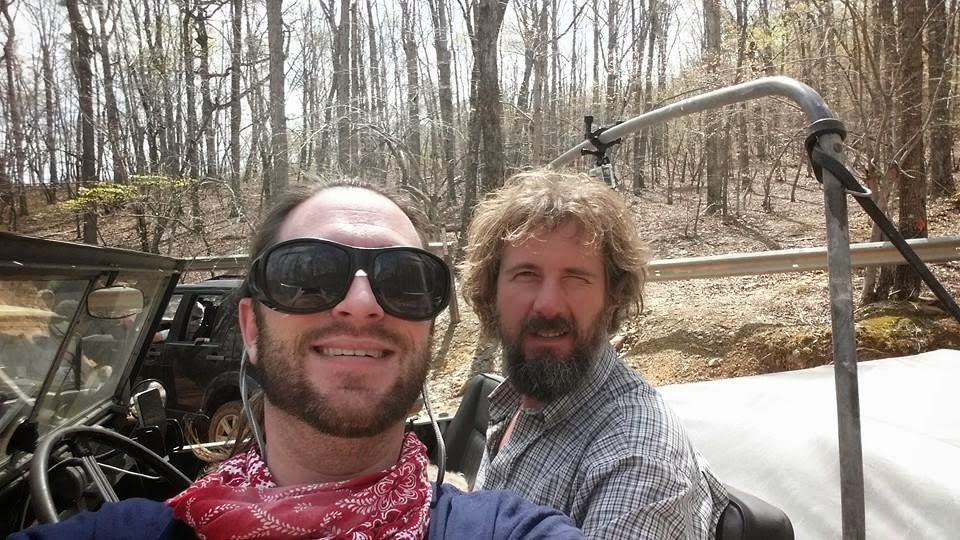 Friday evening we were treated to a Creole
shrimp boil. Fabulous. And the "Chemist", as he began to be known mixed up some splendid offerings along with some other local favorites such as "Apple Pie"!

The traditional night run was another fun ride in the buggy, open air motoring at it's best, with some fun rock climbing thrown in for good measure. 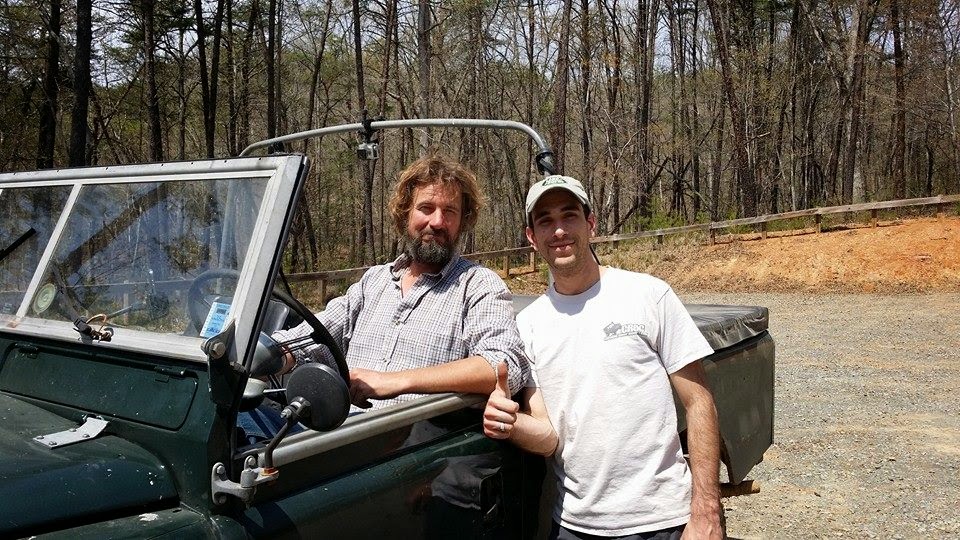 Saturday was the marathon.

Trucks were arriving in droves, this is a huge event, I took no tally, but there were well over a hundred trucks, possibly double that, with many hundreds of people.
Saturday is also the heavy trail, at first hesitant, my new friends assured me I could easily do it without damage and I have grown to trust them. 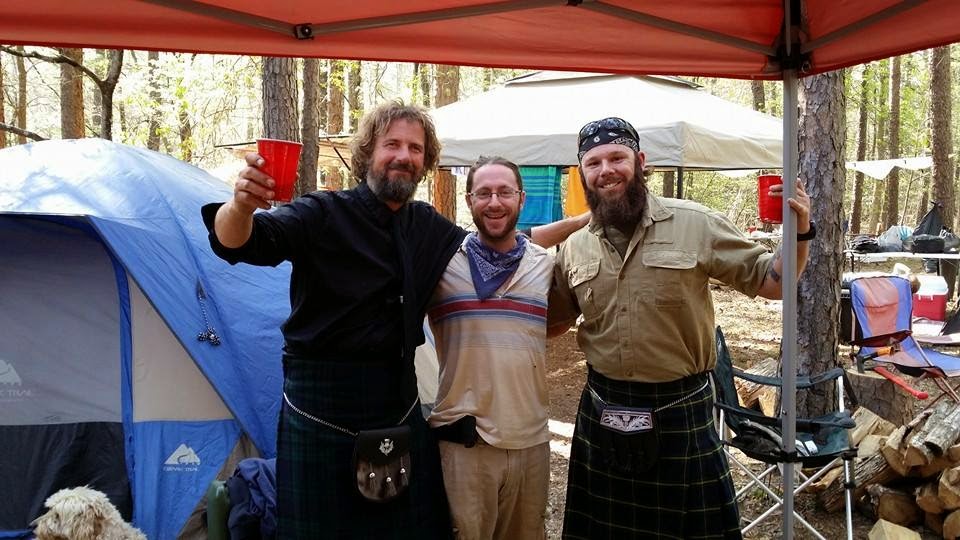 The trail began with a good steep rocky climb that tested the Rover, but I was pleased to be able to manage it easily. Several more rocky accents made the day just fabulous.

Then the big event meal and awards. A few of us had kilts so it was certain we must wear them.
I think next year the entire crew should be sporting kilts, Eh?
Dinner was an amazing BBQ pulled port and the raffle and awards afterwards were lots of fun.
I won the oldest vehicle award!

Sunday came all too soon, with packing up and goodbyes. I made some fabulous friends at Uwharrie!